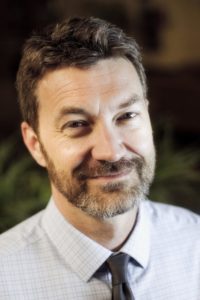 Glen Zielinski is a Chiropractic Physician and Board Certified Functional Neurologist. He graduated Suma Cum Laude from Parker College of Chiropractic in September 2000. He was the Valedictorian of his class, and received numerous awards including the largest student scholarship in the chiropractic profession. He completed his neurology training with the Carrick Institute for Graduate Studies, and became board certified as a Chiropractic Neurologist in 2003. He is an Assistant Professor of Neurology with the Carrick Institute. He is a Certified Brain Injury Specialist. He has lectured for thousands of hours on Functional Neurology to chiropractic, medical, osteopathic, and naturopathic physicians throughout North America and Europe. He has qualified hundreds of doctors throughout the world to sit for board examination in Functional Neurology. He continues to lecture throughout the country on functional medicine management of neurological, neuropsychiatric, and autoimmune disorders.

He founded Northwest Functional Neurology in 2006. Patients travel from throughout the continent to have Dr. Zielinski attend to their care. His practice focuses on severe traumatic brain injuries, post-concussion syndrome, movement disorders, disorders of gait and balance, and disorders of childhood neurological development.

He has helped celebrity entertainers and musicians, professional athletes, Olympic Gold Medalists, and World Champions recover from neurological injuries and maximize their performance.

We treat anyone that experiences neurological challenges. Our patients range from children with developmental delays, to seniors with neurodegenerative diseases. We treat injuries that range from mild concussions to severe traumatic brain injuries. We treat cognitive challenges that range from brain fog to locked-in syndrome. Our patients range from children down the street with a sports concussions to Olympic Gold Medalists and World Champion athletes that travel from other countries to receive our care. We have treated professional athletes and celebrity entertainers with household names. All of our patients receive the same thorough and compassionate level of care, regardless of who they are or where they come from. We treat all manner of neurological disorders and conditions. Some that we commonly see: We treat a great number of patients with neurodegenerative diseases. Some that we commonly see: We treat a great deal of children with neurodevelopmental disorders. Some that we commonly see: We treat patients with mood disorders and emotional dysregulation. Some that we commonly see: We also treat patients that seek to optimize their brain function. People seek out our care for the following problems: We have treated many athletes that seek to improve their sports performance. We help them become: